The WEE Question – Don’t call it a Tweetchat!

Don't call it a tweetchat via m.aquila

I’ve never really got into the whole tweetchat thing, mostly because the timing is generally inconvenient, but also because there’s something slightly narcissistic about them. Sometimes it feels like they’re more about delivering the killer line and getting 30 re-tweets than sharing ideas.

The WEE Question is a bit different. It’s a warm up for the main event this Wednesday (14th March 2012), an ice breaker if you like, a chance to get your head in the same place as the other people attending and an opportunity to get ideas on the topic from a wider audience.

There’s only one question and it certainly doesn’t mean that’s all we’ll talk about on the night. 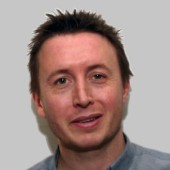 Join us to talk about elearning visuals